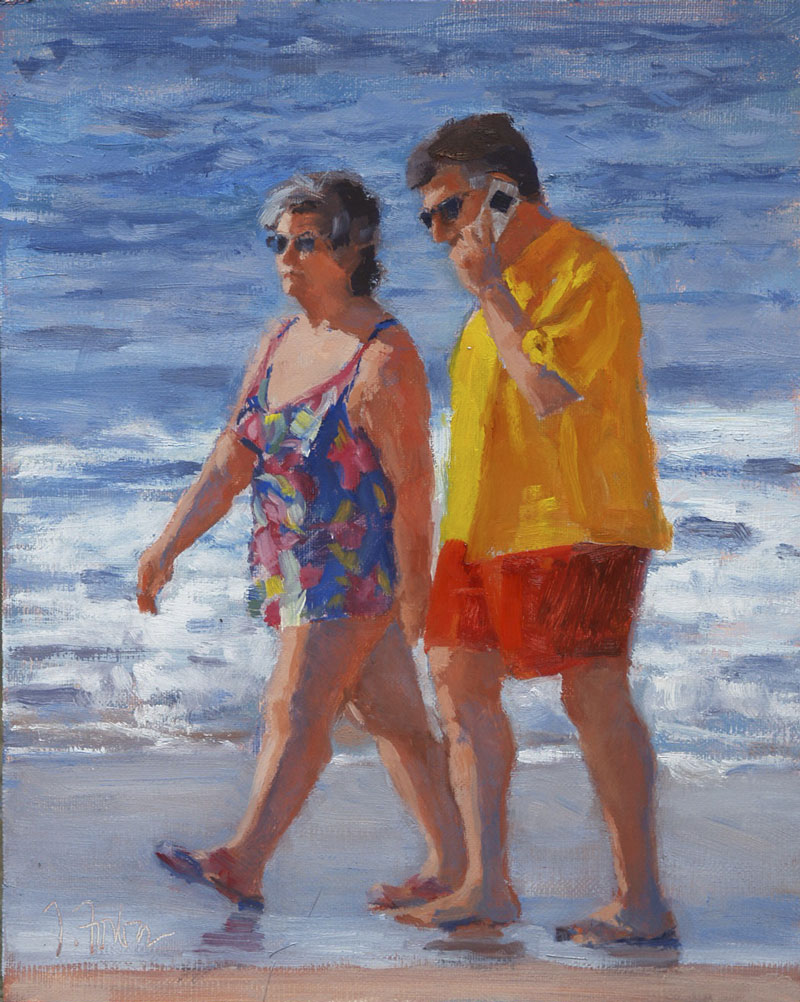 You will hear me say again and again, “make your life a work of art”. That’s my mantra, my mission, my guidepost, my dream. The edges between life and art are becoming more and more blurry.

In painting, the relationships begin between the four edges of my canvas. Creating relationships between shapes, colors, texture, values and edges makes a painting strong.

These are the relationships I thought I was creating with my paintings.

Today I see there are also other important and powerful relationships in my paintings and have come to find out this is why I really paint. Creating relationships with people.

Here are a few of the stories.

A man visiting Spartanburg bought a beach scene painting. The painting was a colorful collection of shapes describing a day at the beach (N Litchfield Beach). The focal point was a woman with a red hat sitting in a lounge chair. The man bought the painting because it reminded him of his wife who passed away from cancer. She used to wear a red hat while lounging by Lake Tahoe. 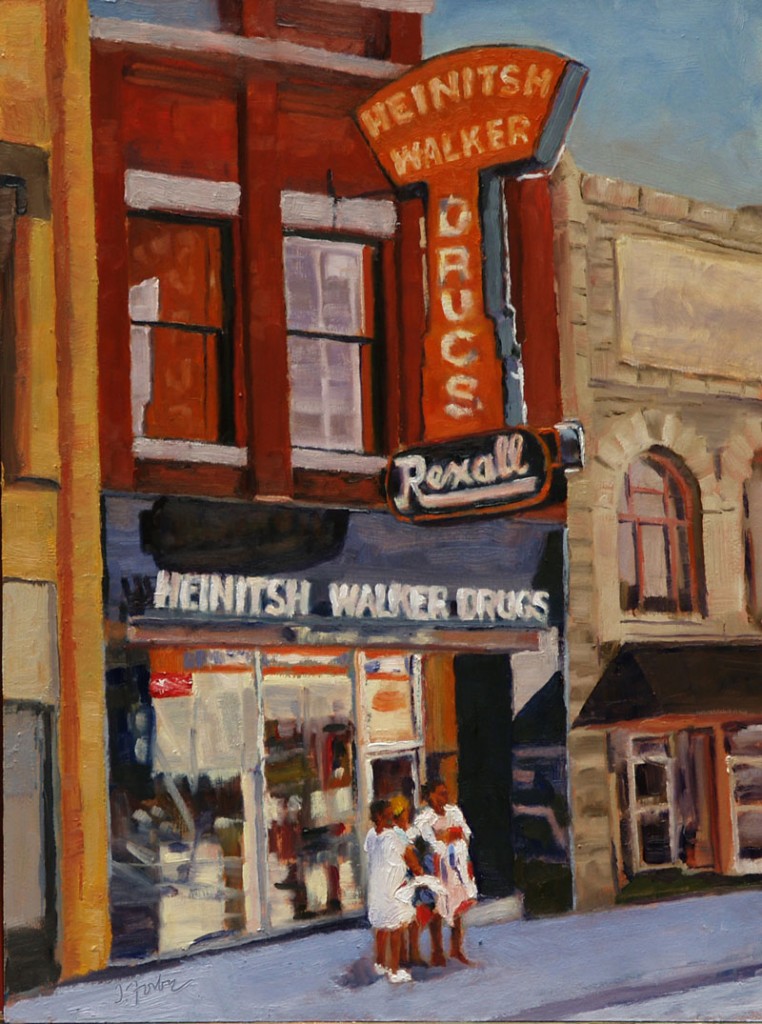 An older gentleman bought a painting of Heinitsh Walker Drug Store. His Maternal Grandmother used to take him there for an ice cream. Unknown to him at the time, his birthmother, who was an unwed mother and had to give him up for adoption, sat anonymously at a nearby table watching him.

There was a painting I made of Station 22 on Sullivan’s Island. A young man bought it for his wife as a Christmas gift because that was where they visited the beach for the first time and where he proposed to her. He emailed me a photo of her opening her gift. Her eyes were watering over, so touched by the thought of her husband giving her this painting. 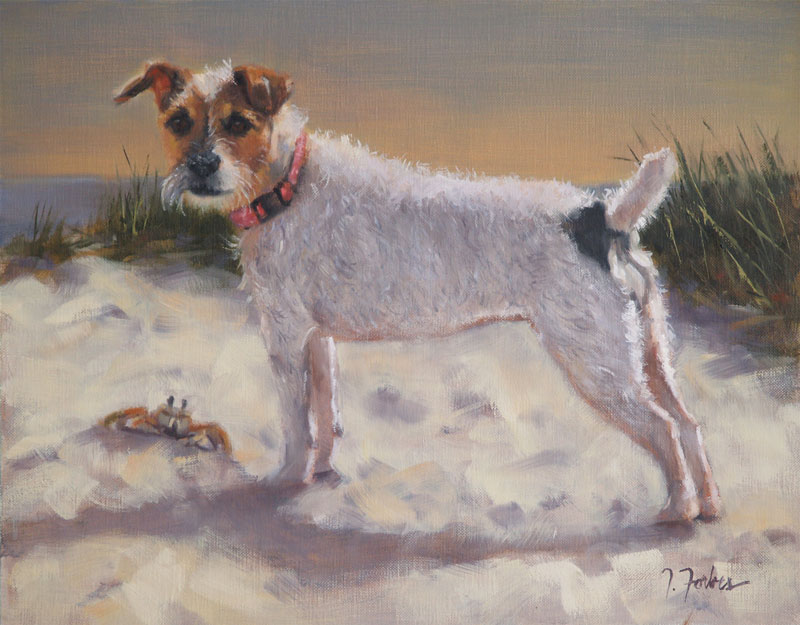 The commissions I have painted of places or of family members, furry four legged and other, have introduced me to some people I now consider dear friends. Just recently a friend who had commissioned me years ago to paint her dog wrote to tell me how grateful she was to have that painting because her sweet dog had passed.

I’m sure every painting has a story for each person. Many stories I’ll never know.

These are the relationships that really make a good painting. My heart now knows this is why I paint.

Next PostThe Cat's Out of the Bag

Raised in Spartanburg, SC, Isabel Forbes draws from a successful career in graphic design and illustration, coupled with a bachelor of fine arts degree from Florida’s Ringling College of Art & Design.